An update on the numbers of cases and deaths from the coronavirus: As of Sunday, November 22, the United States reached over 12 million COVID-19 cases, and 255,000 deaths. The midwest continues to see the highest case rates (cases per 100,000 people) with North Dakota, South Dakota, and Iowa at the top of the list.

As the holidays approach and the weather prompts more indoor gatherings, numerous states are seeing a spike in coronavirus cases. Over 40 states are experiencing a percentage increase in cases over the past 14 days. Although the CDC is urging Americans to not travel during the holidays, some states are taking action in an effort to prevent a spike in cases over Thanksgiving. Iowa, a state that previously dismissed mask mandates, recently implemented a COVID state mask mandate for anyone over the age of two. In Wisconsin, North Dakota, and Montana, similar state-wide mask mandates have been ordered. The governors released a grim message to encourage people to stay home, stating:

“If you are planning to spend Thanksgiving with people outside your household, we urge you to reconsider. As hard as it will be to not see them this Thanksgiving, imagine how much harder it would be if their chairs are empty next year.”

A “two-tier” system for obtaining PPE has emerged. While some hospitals are getting access to PPE and national stockpiles, smaller facilities are scrambling to make ends meet, The Washington Post reports. Dr. Megan Ranney, co-founder of Get Us PPE, said, “No one is talking about this huge inequity of availability.”

While Get Us PPE has seen a decline in PPE requests, we are also witnessing a rise in PPE needs across smaller healthcare facilities. Hospitals, like York General Hospital in rural Nebraska, are investing thousands of dollars to purchase disinfecting equipment for single-use PPE. Jennifer Uffelman, the York General’s environmental health safety and security coordinator, said they would “absolutely not” invest this money if they had adequate access to PPE. For places like the New Orleans Mission, a place for the homeless and addicted, obtaining PPE is simply not feasible. Their CEO, David Bottner, gave a short and clear message: “We can’t get it, and we can’t afford it.”

A recent report by the American Health Care Association found that over 600 of the 14,000 surveyed nursing homes were out of N95 masks, with 900 more only having a week’s supply left. Furthermore, gloves, now considered one of the most prominent PPE shortages, are not available at some of these facilities. This comes as hospitals become all too familiar with learning how to triage, treating patients by severity or urgency of illness. Genevieve Daftary, director of pediatric medicine at Codman Square Health Center in Boston explained, “We’ve learned to triage, not just the patients, but triage the PPE.”

Across the country, there are signs of progress. Some healthcare workers say they feel safer than when the first wave of the pandemic hit, and others have been able to gain access to commercial suppliers or state stockpiles. New technology like burn rate calculators are being implemented to track PPE usage, and while many hospitals face shortages, some say the PPE deficit is not as drastic as it was in the spring. 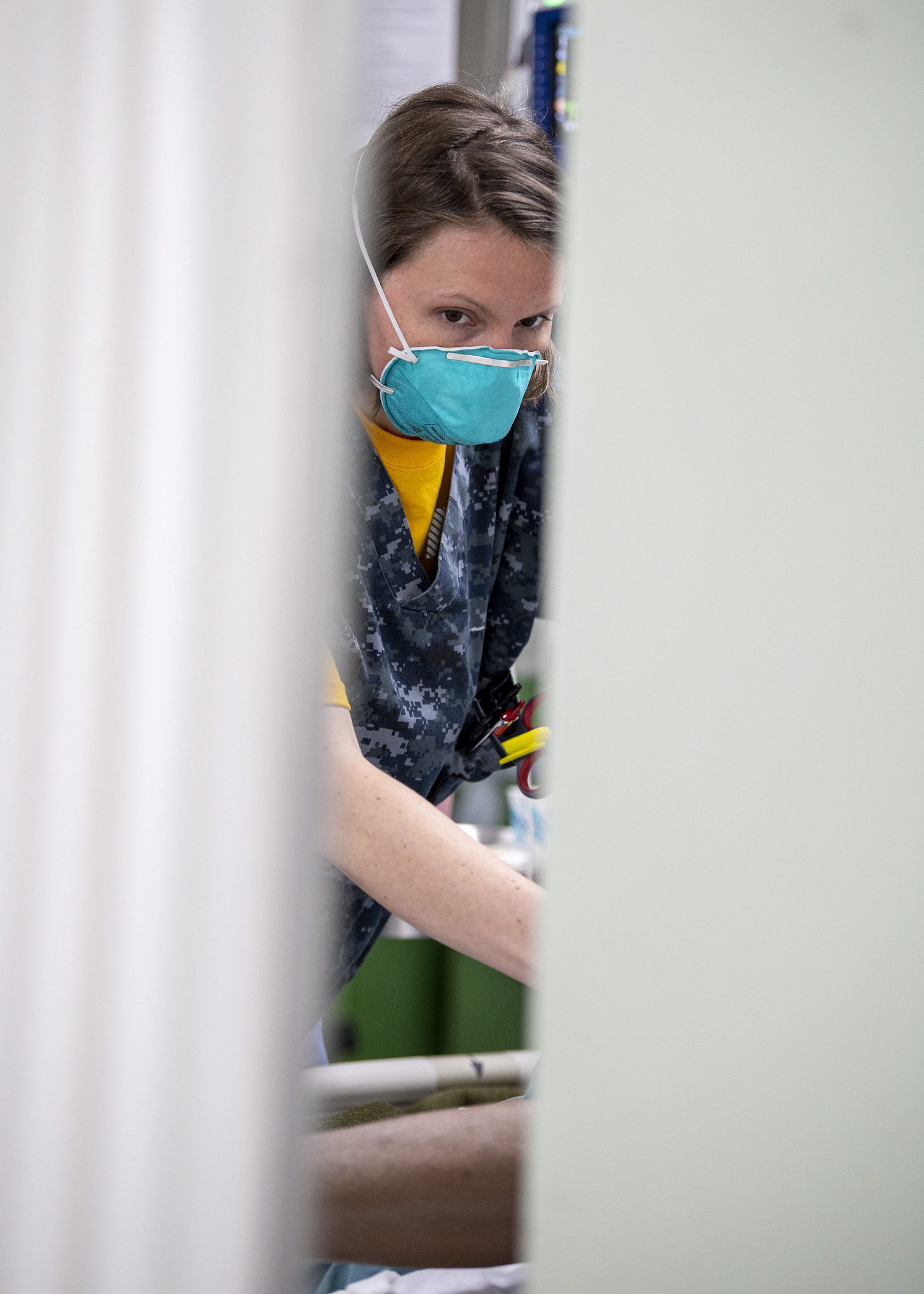 The Vice President of the United States issued remarks on the pandemic, recognizing that states have been requesting PPE, and “we continue to believe that we’ll be able to meet the requests for PPE and equipment- both from the Strategic National Stockpile, also from the commercial market.” Furthermore, the Vice President explained, “we’re actually able to track PPE- gowns and gloves and N95 masks- on a hospital-by-hospital basis.”

“In the early days of the pandemic, the hospital assigned me PPE for a week. That meant reusing the same mask, gowns, face-shields, and shoe covers until they were soiled and broken. Since then, my daily access to PPE has improved. The hospital provides new masks, gowns, and shoe covers daily. However, the lack of access to adequate PPE and limited sanitizing solutions and wipes has led to concerns for health care worker safety. The face shields provided often break, and gowns often lack ties to safely fasten them, leaving health care workers at risk for infection.”

Further, they explain that not only does PPE need to be available, PPE with correct sizing must be available. The frequent supply chain shortages and rapidly evolving crisis prevent correct sizing of gowns and masks from reaching healthcare facilities. One frontline worker, a school nurse, explained the difficulties of obtaining PPE in the educational setting. She said nurses are not considered frontline agencies, and as their school district is not willing to buy PPE for nurses, they are forced to reuse the three masks they are given. The masks, which are not considered reusable, are labeled for construction use only.

Last Week at Get Us PPE

Get Us PPE is cited in a recent Medscape piece for having data regarding national PPE shortages. Specifically, Get Us PPE discovered that 70% of requests for PPE submitted last month came from providers that had no more than one or more types of PPE. Medscape further explains that some isolation gowns have not met safety standards for frontline healthcare workers.

The New York Times used Get Us PPE data to explain the trends of the coronavirus from October to November. They explained that the United States had entered the third wave of the pandemic by November. After analyzing almost 17,000 requests for PPE in October, Get Us PPE determined that the pandemic is still a crisis in the United States. Furthermore, it is disproportionately affecting long term care facilities and specifically, nursing homes.

Dr. Shikha Gupta, executive director of Get Us PPE, spoke with the LA Times to explain the severity of the PPE crisis. While some facilities have been able to lessen their personal protective equipment shortages, the supply chain still remains chaotic and unreliable. Dr. Shikha Gupta says, “People think the problem is solved… we are as bad off now as we were in March.” Get Us PPE data has shown that the need for PPE has risen in the month of November, further indicating that this fight is far from over.